THE LYNWOOD so-called UNIFIED SCHOOL SYSTEM IS HEINOUS AND DESPICABLE...

SMILING FACES...RESIGNED FORMER SO-CALLED PRINCIPAL OF FIREBAUGH IN LYNWOOD, CALIFORNIA, Jonas Silverio, is arrested by the LOS ANGELES COUNTY SHERIFFS AS HE ARRIVED BACK FROM THE PHILIPPINES AT LAX, IN IGNOMY. THIS IS A COMPLETE AND UTTER FAILURE OF CHILD PROTECTIVE SERVICES, THE SHERIFFS DEPARTMENT, LACOE, THE CALIFORNIA STATE DEPARTMENT OF EDUCATION, OSHA, WASC, THE LOS ANGELES COUNTY DISTRICT ATTORNEY'S OFFICE, CCTC IN SACRAMENTO, THE LYNWOOD UNIFIED SCHOOL DISTRICT AND THE LYNWOOD CITY COUNCIL, TO NAME JUST A FEW CULPRITS...THE QUESTION IS THIS: WHO IS PROTECTING YOUR TEENAGE DAUGHTERS WHILE THEY ARE SUPPOSED TO BE STUDYING AT SCHOOL AND YOU ARE WORKING SOMEWHERE?
THE VERY SAD AND TRAGIC AND TRUE ANSWER IS "no one." WDK. 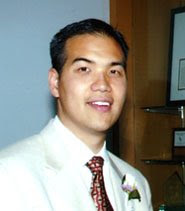 NOW IS THE TIME FOR ALL GOOD PEOPLE TO COME TO THE AID OF THEIR COUNTRY!
Posted by videopal at 6:14 AM 2 comments: Links to this post