NOW IS THE TIME FOR ALL GOOD PEOPLE TO COME TO THE AID OF THEIR COUNTRY!
HERE'S BACK AT YOU, TO ALL MY FRIENDS AND FAMILY IN CHICAGO AND CASERTA, ITALY.
I SAY TO YOU "KEEP LOVING + KEEP FORGIVING + KEEP ON KEEPIN' ON + KEEP ON TRUCKIN' + PLEASE KEEP US (ME AND MY MOM) IN YOUR GOOD THOUGHTS AND PRAYERS"...WDK.
THIS IS A LINK TO THE LOVELY BEETLES' SONG, "WHEN I'M SIXTY-FOUR."
http://www.youtube.com/watch?v=Xnj6NxU4WHo
My birthday is May 1st as I came down that watery chute into this world, the Chicago Production of Walter and Nina with the supporting cast of my Brother Peewee, at 7:30 pm at Holy Cross Hospital on the Southside of Chicago, Illinois. I sincerely and humbly thank all of you, my friends and family, for being part of my global birthday party and being in my life...Wayne Dennis Kurtz.
Posted by videopal at 7:37 AM No comments: Links to this post 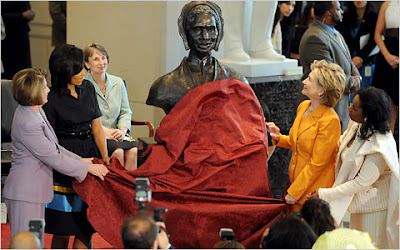 NOW IS THE TIME FOR ALL GOOD PEOPLE TO COME TO THE AID OF THEIR COUNTRY!
AFTER EIGHT YEARS OF REPUBLICAN IGNORANCE, DECEIT AND RACIAL OPPRESSION, THERE IS A NEW DAWN OF RIGHTEOUS SOCIAL JUSTICE AT 1600 NORTH PENNSYLVANIA AVENUE IN THE DEMOCRATIC WHITE HOUSE. AMERICANS OF COLOUR ARE THE BACKBONE OF THIS COUNTRY AND NOW REPLACE THE SPINELESS REACTIONARY REPUBLICANS LIKE BUSH, CHENEY, ROWE AND CONDOSLEEZA RICE....Wayne Dennis Kurtz.
GIVING CREDIT WHERE CREDIT IS FINALLY DUE:
First lady honors abolitionist Sojourner Truth

WASHINGTON (AP) — First lady Michelle Obama on Tuesday reflected on her own family's rise from slavery to the White House as she helped to unveil a statue of abolitionist Sojourner Truth — the first black woman to be so honored at the Capitol.

"I hope that Sojourner Truth would be proud to see me, a descendant of slaves, serving as the first lady of the United States of America," Mrs. Obama said to loud applause at a ceremony at the Capitol Visitor Center.

An early crusader for women's right to vote and for an end to slavery, Truth met presidents Abraham Lincoln in 1864 and Ulysses S. Grant in 1870, and delivered her signature "Ain't I a Woman?" speech at a women's rights convention in Akron, Ohio, in 1851. Truth, a former slave, tried to vote on two occasions, but was turned away both times. She died in November 1883 at her home in Battle Creek, Mich.

Lawmakers, students and actress Cicely Tyson were among those who gathered at the visitor's center to celebrate Truth's legacy and watch Mrs. Obama, Secretary of State Hillary Rodham Clinton, House Speaker Nancy Pelosi and others unveil the bronze bust of Truth.

"We're here because of barriers she challenged and fought to tear down, and paths she helped to forge and trod alone," Clinton said to an audience made up mostly of women.

Artist Artis Lane created the bust, which was paid for with private money.

"Now many young boys and girls, like my own daughters, will come to Emancipation Hall and see the face of a woman who looks like them," Mrs. Obama said.

Few minority women are enshrined in the Capitol. There are several statues of American Indian women, but no Asian or Hispanic women, according Donald Ritchie, a Senate historian.

Many of the statues in the Capitol's collection were given by the states in the 19th century, Ritchie said. Most of the collection's diversity has come in the last several decades.

Pelosi said Truth wouldn't remain for long the only black woman honored with a statue in the Capitol because a statue of civil rights icon Rosa Parks will soon be placed there.

In 2006, President George W. Bush signed into law a requirement that a bust of Truth be placed in a "suitable, permanent location in the Capitol." Clinton co-sponsored the measure when she served in the Senate.

The National Congress of Black Women, a nonprofit organization dedicated to the development of black women and their families, has pushed for Truth to be memorialized in the Capitol for almost 10 years.

Kim Fuller, a member of the organization from Philadelphia, said black women have not been represented at the Capitol for "far too long."

Delivered 1851 at the Women's Convention in Akron, Ohio

Well, children, where there is so much racket there must be something out of kilter. I think that 'twixt the negroes of the South and the women at the North, all talking about rights, the white men will be in a fix pretty soon. But what's all this here talking about?

Then they talk about this thing in the head; what's this they call it? [member of audience whispers, "intellect"] That's it, honey. What's that got to do with women's rights or negroes' rights? If my cup won't hold but a pint, and yours holds a quart, wouldn't you be mean not to let me have my little half measure full?

If the first woman God ever made was strong enough to turn the world upside down all alone, these women together ought to be able to turn it back , and get it right side up again! And now they is asking to do it, the men better let them.

Obliged to you for hearing me, and now old Sojourner ain't got nothing more to say.

Posted by videopal at 2:20 AM No comments: Links to this post

NOW IS THE TIME FOR ALL GOOD PEOPLE TO COME TO THE AID OF THEIR COUNTRY!
Posted by videopal at 11:25 AM No comments: Links to this post

"GIVE ME LIBERTY OR GIVE ME DEATH" BY PATRICK HENRY HAS MORPHED TO A SWINE FLU MASK... 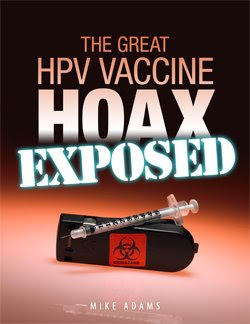 NOW IS THE TIME FOR ALL GOOD PEOPLE TO COME TO THE AID OF THEIR COUNTRY!
ALDOUS HUXLEY'S BROTHER, JULIAN, WARNED THE WORLD OF BIG BROTHER'S FINAL SOLUTION CONTROL OVER PEOPLES' MINDS WITH MEDICATIONS AND VACCINES...
WE ARE THERE, RIGHT NOW, WITH THE POLITICS OF FEAR AND PANDEMICS LIKE THE SWINE INFLUENZA.
CAVEAT EMPTOR.
Wayne Dennis Kurtz
Posted by videopal at 9:50 AM 1 comment: Links to this post

THURSDAY'S LECTURE ON "PHYSICS OF THE IMPOSSIBLE" BY JONATHON POST.

NOW IS THE TIME FOR ALL GOOD PEOPLE TO COME TO THE AID OF THEIR COUNTRY!
I HIGHLY RECOMMEND THIS EVENT AT CAL STATE UNIVERSITY AT LOS ANGELES FROM 6 PM TO 8 PM, THURSDAY, APRIL 30, 2009.
Wayne Dennis Kurtz.

This page contains a file that requires Adobe Acrobat to view. If you need an Adobe viewer, you canDownload Adobe Reader for free.

NOTE: Permits/passes must be displayed at all times. Questions? Call Parking Administration at (323) 343-3704 or go to

From the album:
"Physics of the Impossible" byTom Louie
Share
Tag This PhotoReport This Photo
Added April 12

Nikolai Louie at 2:07pm April 16
It's either physics or it's impossible. You can't have it both ways.

Tom Louie at 4:39pm April 16
Tell that to Michio Kaku, then. He got a best-seller by associating the words.

Anyway -- I thought one of your favorite books was The Physics of Harry Potter. Harry Potter is impossible!!!

Tom Louie at 5:39pm April 16
Michio Kaku is Professor of Theoretical Physics at CUNY. He believes many of the advances shown by science fiction will be within our reach in 100 years or so. Obviously, the word "impossible" is being used here ironically, to illustrate most people's attitudes towards futuristic science fiction.

Mary Dugan at 10:43am April 17
hooray for humanists! Theists can be ok too so long as they don't try to convert me.

Jonathan Vos Post at 6:24am April 23
I'm sure that Physics was impossible for some students reading this comment. But my wife earned her PhD in it, did her postdoc in it, is a professor of it, and publishes Science Fiction, so one CAN have it both ways.

Tom Louie at 9:05am April 23
Jon, get off Facebook and write me that invoice.
Advertise

9 People Searched For You

Want to know who searched for you? Find out for free!
More Ads
Facebook © 2009
English (US)
Posted by videopal at 8:36 AM No comments: Links to this post