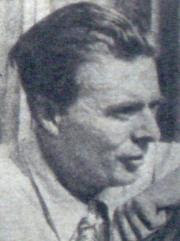 NOW IS THE TIME FOR ALL GOOD PEOPLE TO COLME TO THE AID OF THEIR COUNTRY!
Aldous Huxley, who artfully wrote "Brave New World (1932)," spoke with his Brother, Julian, about the dangers of using drugs to cope with life's problems. Is this criticism part of the Beetle's "Yellow Submarine" song:"We all  live in a yellow submarine, a yellow submarine!" (Huxley, along with many others mysteriously appeared on that famous album jacket of "Sergeant Pepper's Band.") IS THIS THE WAY THAT THE ONE WORLD GOVERNMENT CAN "CONTROL THE HUMAN MIND?" WILL CITIZENS SOMEDAY BE IMPLANTED WITH MOOD AND THOUGHT CONTROL SIM CARDS (SINGLE INLINE MODULES)? It seems to me that we as a world society have a head start on this by giving Ritalin and  Prozac to school-age children to combat ADHD. The Huxley's were "way ahead of their time." I am not a doctor, a psychiatrist or a psychologist, but my own experience with medication tells me that the pharmaceutical industry and its lobbies have incredible financial resources (THEY OUTFLANK THE MILITARY-INDUSTRIAL COMPLEX) and power in our global society. We see these drug company reps, young and bristling with free Starbucks coffee for the medical assistants in our waiting rooms of our doctors. How many thousands of people died of heart attacks from Celebrex and it is now back on the market? On which part of this communal bed with the drug companies is the FDA on? These mega cartels merge constantly. They define the term "unfriendly takeovers." Where is the competition? Where is the Mc Carran-Fergusan Anti-trust Act to combat monopolies? Finally, Aldous Huxley is a very complicated, intricate human being. He was certainly a visionary. The Doors were named after one of his books. He was a personal friend of Ray Bradbury. My point is that we all should question our nonchalant acceptance of and reliance on "prescription drugs."  Wayne Dennis Kurtz.
Posted by videopal at 7:57 AM 3 comments: Links to this post