CALIFORNIA STATE is NOT MY ALMA MATER AS MOTHERS ARE KIND, COMPASSIONATE AND NURTURING. CSLA IS MEAN, HEARTLESS AND PERFUNCTORY.
CSLA ATTORNEY VICTOR KING, DR. ARLI STOPS DESCRIBED YOU "AS A VICIOUS SCOUNDREL." I CONCUR...IT'S TIME TO EXPOSE YOU AND prez ROSSER TO THE LIGHT. YOU WILL HAVE YOUR GOLDEN OPPORTUNITY TO DEFEND MY ALLEGATIONS IN CIVIL AND CRIMINAL COURT, SOON, MI AMIGO...VERY SOON.
Are your ducks in a row? Wayne Dennis Kurtz. 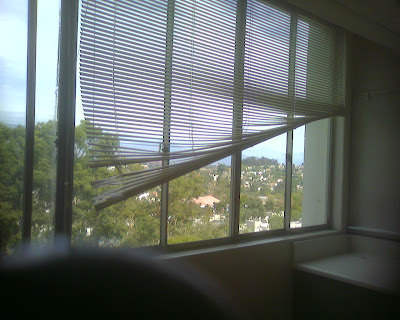 Photograph is a courtesy of Wayne Kurtz, taken in room 115 of the CSLA MUSIC BUILDING, WHICH REFLECTS THE LACK OF ENVIRONMENTAL CONCERN and AESTHETICS WHICH PERVADE THIS COLLEGE CAMPUS.
prez ROSSER, WHAT HAVE YOU DONE WITH ALL-OF-THE-MONEY?
http://web.mac.com/videopalitalia/iWeb/Site/Photos.html

NOW IS THE TIME FOR ALL GOOD PEOPLE TO COME TO THE AID OF THEIR COUNTRY!
ROSSER FIDDLES WHILE CAL STATE LOS ANGELES STUDENTS SUFFER...

Despite protests from faculty, students and state officials, trustees of the Cal State University on Wednesday awarded pay increases to 26 top administrators and campus presidents that averaged nearly 12% and in some cases amounted to raises of more than $44,000 a year.

Trustees, voting 14-2, said the raises were needed to help the 23-campus system recruit and keep talented administrators in a competitive national market. They contend the new salaries still will be substantially below those at rival schools, even though system Chancellor Charles B. Reed will be paid $421,500 and campus presidents will average about $292,000, plus annual housing allowances worth as much as $60,000 and other perks.

However, Lt. Gov. John Garamendi, who is an ex-officio trustee, called the raises "a very, very serious mistake" and "outrageous," given tight budgets and rising student fees. Addressing the trustees' meeting in Long Beach, he stressed that there is no evidence that administrators are leaving because of low pay or that the university has hiring trouble.

CSU salaries: A Sept. 20 story in the California section about raises for Cal State University administrators incorrectly said a survey of executive pay at 20 other universities nationwide was sponsored by the California Postsecondary Education Commission. The survey was commissioned by Cal State and was conducted by Mercer Human Resource Consulting, although it used the same list of universities chosen by the postsecondary education commission in separate past studies. The commission was not involved with the Mercer report.

Posted by videopal at 6:55 AM No comments: Links to this post