Thank you, president bush, for injecting more coal-produced pollution into our atmosphere by not signing the KYOTO TREATY.

NOW IS THE TIME FOR ALL GOOD PEOPLE TO COME TO THE AID OF THEIR COUNTRY!
Wayne Dennis Kurtz.

The first of the fatalities occurred when lightning snapped off a tree limb that crashed onto a vehicle traveling through a residential neighborhood near Big Bear Lake, crushing driver Elena Martinez, 31, to death about 11 a.m.

Two hours later, a 35-year-old woman was killed by lightning that struck near a tree in the frontyard of her Fontana home.

The Fontana victim was not immediately identified.

In Cabazon, a woman shopping at the outlet mall just off Interstate 10 suffered moderate injuries from a near-miss lightning strike as she walked across the parking lot just after noon, said Riverside County Fire Department spokeswoman Jody Hagemann. The woman was taken by ambulance to a nearby hospital.

A Southwest Airlines plane bound for Burbank was struck by lightning more than half an hour into its flight, forcing the pilot to return to Oakland with the 53 passengers on board. There were no injuries or damage to the aircraft, and travelers were put on later flights. The plane returned to service after a safety inspection.

Lightning was blamed for more than a dozen brush fires in the Cleveland, Angeles and San Bernardino national forests. In the largest, called the McKinley fire, 150 acres burned before firefighters could extinguish it, said U.S. Forest Service spokeswoman Norma Bailey.

The electrical storms that swept inland areas also were suspected as the cause of a small blaze above the San Dimas Canyon Golf Course in eastern Los Angeles County.

Temperatures were about 10 degrees below normal in the area, with downtown Los Angeles registering 67 degrees at 2 p.m. Rain is so rare at this time of year that records were broken in Palmdale, Sandberg and Camarillo, where there had been zero precipitation on any June 3 in the years that the National Weather Service has been keeping records, the Oxnard office reported.

Small hailstones drummed at least four beachfront communities in San Diego County, as well as Murrieta in Riverside County, another oddity in late spring, according to the weather service.

Thunderstorms and light rain are forecast to continue through Friday or Saturday as a low-pressure system slowly makes its way inland from the coast, the weather service said.

From the L.A. Times

From other L.A. sources

Cartier celebrates 100 years in America with eye-catching exhibit at their Beverly Hills store.
E3 in pictures 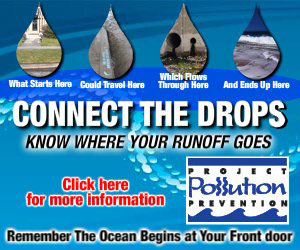 Posted by videopal at 5:06 AM No comments: Links to this post