MORE BETRAYAL: CALIFORNIA STATE UNIVERSITY AT LOS ANGELES -Where have all the students gone?

THE CALIFORNIA STATE UNIVERSITY HAS SQUANDERED OUR VALUABLE TAX MONIES AND DIVERTED TRUST FUND MONIES INTO THEIR POCKETS AS 60% OF CALIFORNIA'S ANNUAL BUDGET IS ALLOCATED TOWARD "EDUCATION." IT'S TIME TO URGE THE GAO -THE FEDERAL ACCOUNTING OFFICE- PERFORM AN INDEPENDENT AUDIT OF THE LOS ANGELES UNIFIED SCHOOL DISTRICT, THE LYNWOOD UNFIED SCHOOL DISTRICT AND THE ENTIRE CALIFORNIA STATE UNIVERSITY SYSTEM. CSLA prez james the MERCILESS rosser and CSLA attorney victor un-kind kingless, WHAT'S IN YOUR POCKETS? Wayne Dennis Kurtz.

As you already know the nation and our state are in an economic crisis and all of public education has been hit extremely hard. The Governor and state legislative leaders continue to view public higher education as a target and are proposing massive cuts to higher education. As these government officials fail to provide a solution to our funding crisis, thousands of students are being denied access to universities, classes are being dropped, classrooms have become overcrowded, and faculty are being threatened with non-reappointments and layoffs in high numbers. As frustration increases we cannot stand around and lose hope. We must keep our heads up and continue to take action. That's why on Tuesday, July 21st, at the CSU Board of Trustees meeting, the Chancellor's Office in Long Beach will see a massive mobilization of students coming together to rally and protest the current attacks that our higher educational system is undergoing.

Our plan is to hold a

Our plan is to shame the Board of Trustee members as they enter their office for allowing the current cuts on education and to put pressure on their decision making for the proposed 2009 - 2010 school year fee hike.

There will also be food, entertainment, & guest speakers

Want to Go Back to School? Not So FastNo admissions for spring term at Cal State Starting as a freshman at San Jose State is not going to be an option next spring.

Here's some bad news for those of you out of work with a plan to go back to school. It's also a bummer for graduating seniors who decided to take a semester off before starting college.

These celebrities have looks, fame and brains.

California State University says it will stop accepting nearly all student applications for next spring to help offset deep budget cuts to the state's 23-campus system.

CSU officials said ccmpuses on the quarter system have stopped accepting applications for the winter term.

CSU, which has about 450,000 students, typically admits more than 35,000 freshmen, undergraduate transfer and graduate students during the spring term. Those people are out of luck.

The decision to close spring admissions is part of its overall strategy to reduce student enrollment to cope with a 20 percent reduction in state funding.

The CSU Board of Trustees is expected to vote on the plan in two weeks.

Not all the news is bad for Cal students. Earlier this week, California State University announced it will defer fee payments for students who have not received financial aid because of the state's budget crisis.

The state controller's office began issuing IOUs this month because the state faces a $26 billion budget deficit and is in danger of running out of cash.

One of the institutions receiving the IOUs is the California Student Aid Commission, which distributes awards known as Cal Grants to more than 60,000 low-income CSU students.

CSU will defer fee payments for this year's summer and fall terms for students who don't get their state money.

Those students will not have to pay those fees until the aid commission begins disbursing Cal Grant funds to campuses. 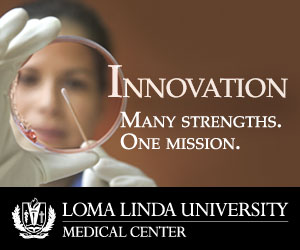 Posted by videopal at 4:30 AM No comments: Links to this post