I HAVE AN IMAGE OF A POLITICALLY-RESPONSIBLE, NOT POLITICALLY-CORRECT SOCIETY THAT PROTECTS ITS MINORITIES, IT'S WOMEN, IT'S DISABLED IT'S CHILDREN 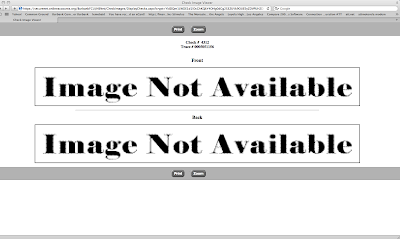 NOW IS THE TIME FOR ALL GOOD PEOPLE TO COME TO THE AID OF THEIR COUNTRY!
FROM ABUSE (abuso)...
Wayne Dennis Kurtz.
Up to 8 people involved in Fla. couple's death

By MELISSA NELSON – 18 hours ago

PENSACOLA, Fla. (AP) — A sheriff in the Florida Panhandle says six to eight people were involved in the slaying of a wealthy Florida couple known for adopting 12 children with developmental disabilities and other problems.

Escambia County Sheriff David Morgan said Monday that robbery was one of "numerous motives." He says the person who masterminded the crime is one of the three people in custody but authorities are still looking for at least four more suspects.

Byrd and Melanie Billings were shot to death Thursday while eight of their children slept.

In addition to a red van seen dropping suspects off at the front door of the sprawling nine-bedroom home west of Pensacola, surveillance video showed men in ninja garb entering the back of the home through a utility door that had been left unlocked.

THIS IS A BREAKING NEWS UPDATE. Check back soon for further information. AP's earlier story is below.

PENSACOLA, Fla. (AP) — Investigators were looking at business ties for a possible motive in the slaying of a wealthy Florida couple known for adopting 12 children with developmental disabilities and other problems, authorities said Monday.

More arrests are possible after three men were jailed Sunday, two on murder charges, in the shooting deaths of Byrd and Melanie Billings at their sprawling nine-bedroom home near Pensacola, Escambia County Sheriff David Morgan said.

"It began as what we thought was a home invasion," Morgan said on NBC's "Today" show. "At this point because of the complexity and the ties this family had through the business community, we're moving many other directions. Could be money, could be a whole host of things."

Three men arrested in connection with the slayings were scheduled to appear in court Monday and Tuesday.

Day laborer Wayne Coldiron, 41, turned himself in to Escambia County authorities and Leonard P. Gonzalez Jr., 35, was arrested in neighboring Santa Rosa County. Both were charged with murder and home invasion, according to their arrest warrants.

Authorities also jailed Gonzalez's father, Leonard P. Gonzalez Sr., on a charge of evidence tampering. Police said the 56-year-old tried to paint over and hide damage on a red van that was spotted on surveillance video leaving the Billings' home after the shootings Thursday. Tips from the public led investigators to the van Saturday.

State Attorney Bill Eddins said Gonzalez had been cooperative with investigators but asked that Judge Tom Johnson not lower his bond. Johnson agreed and raised the bond to $500,000, saying $250,000 was not sufficient. Gonzalez did not speak except to say that he is disabled when asked if he was employed. He will have a court-appointed attorney but Johnson did not say who it will be.

The Billingses had a total of 16 children, eight of whom were in the house when their parents were shot.

Ashley Markham, an adult daughter, said the adopted children are together with friends and family at an undisclosed location. She said she had no knowledge of any connection between the three men in custody and her parents or any of the children in the household.

She also said she planned to carry on with her parents' legacy.

"My mother always told me some people grow up wanting to be doctors or lawyers or teachers. She wanted to be a mommy," Markham said in a statement provided by her attorney. "Her lifelong dream was loving her babies and being a voice for them."

The Billingses were known for providing a home in a rural area near the Alabama line for children with autism, Down syndrome and other developmental problems.

The extensive surveillance system that captured the break-in was installed to help them keep track of their children as they wandered through the large house and yard, said Susan Berry, principal of Escambia Westgate School in Pensacola, which some of the children attended.

"Some of the children were very inquisitive, as all children are curious," Berry said. "They wanted to make sure they had an eye on the children."

Surveillance footage released to the media showed three armed, masked suspects arriving in the red van, entering the house and then returning to the vehicle, according to arrest warrants.

The elder Gonzalez told investigators that he was the getaway driver and waited in the van while the others broke into the house and burglarized it, according to the warrants. He also told police several other men were involved.

Investigators described a complex web of connections between the suspects but said there was no indication they knew the Billingses, whom Berry described as a generous, happy couple who always found room for one more child.

A family photo in the Pensacola News Journal in 2005 said it all: a baby in Melanie's lap, a baby in Byrd's lap, another baby in the oldest daughter's lap and the rest of the children piled between them.

When Melanie Billings, 43, picked up her children from school, she stretched out her arms to carry the young ones and hold the others' hands.

"The kids would run to her, the ones that could," Berry said. "They would go as fast they could with their arms in the air for Mom to take them."

Byrd Billings, 68, was bigger than life, with an even bigger smile and twinkling eyes. At one school function, his big hand enveloped Berry's, leaving a neatly folded check for the school in her palm. She couldn't believe the sum.

The couple created a Cinderella scene for one daughter's prom. The girl's dress was white, her date wore a white tuxedo with a pink tie and the couple emerged from a white limousine — but the Billings' smiles shone the brightest, Berry said.

"The beam on Byrd and Mel's faces, and on the parents of the young man, is something I'll never forget," she said. "It was picture perfect."

Byrd and Melanie Billings married 18 years ago and each had two children from previous marriages.

In 2005, they told the Pensacola News Journal that they wanted to share their wealth with children in need, but didn't imagine their family would grow so large.

"It just happened," Melanie told the newspaper. "I just wanted to give them a better life."

Add News to your Google Homepage