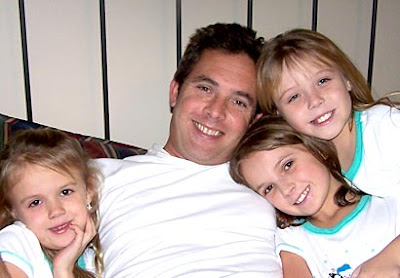 NOW IS THE TIME FOR ALL GOOD PEOPLE TO COME TO THE AID OF THEIR COUNTRY!
Things I like or love in life.
THE GOOD.
1. Spending "quality time" with family and friends.
2. Feeling peaceful in my Mom's garden.
3. Just being in Italy and hearing the Italian language in the background, smelling garlic being sauteed in olive oil + green peppers + pomodorri, and watching elderly Italian women in their "flower dresses" and Italian men with their thick leathered skin shuffle down those narrow streets together.
4. Waking up in a very thick daze from an eight-hour open-heart surgery to see my Mother's face.
5. The small chapel at Good Samaritan Hospital in Los Angeles.
6. Seeing colours again in our house after being in the hospital for over one month.
7. Being around my family and friends with nothing special but time to spend together.
8. Getting paid for hard work.
9. Breathing the fresh air in the Italian Alps.
10. Watching the Chicago Bears play football in the driving snow at Soldier Field,
11. Being around dogs.
12. Making love to a woman who really cares about me...
THE BAD.
1. "SIT AND SLEEP" COMMERCIALS.
2. Seeing a small child being spanked in public.
3. Women crying from abuse.
4. Hearing the Grubenator with his thick Austrian accent, lying through his teeth, again.
5. The old man who dances weird in the SIX FLAGS COMMERCIAL, who, "Thank God," went bankrupt yesterday.
6. People on cell phones who spew out gritty details about their personal love life in the toilet paper section of the grocery store.
7. Pretty women with no brain cells who wear stilettos (FM SHOES) in public.
8. Priests who sexually molest children.
9. Putting down someone because the colour of their skin just happens NOT to be blanco...
10. Trying to enjoy Thanksgiving dinner while watching the Green Bay Packers beat up on my Chicago Bears.
11. Not being able to play tackle football in the cold rain and mud at Barrington Park with the Worden family in Brentwood.
12. Not spending my life with Katie Van Campen...
THE UGLY.
1. Seeing my Father, Walter Rudolf Kurtz, die alone at Cedar Sinai Hospital of Altzheimers Disease.
2. George Walker Bush.
3. Adolph Hitler.
4. Idi Amin.
5. Donald Duck Rumsfield.
6. Condosleeza Rice.
7. Wanna be grubenator Schwartzneggar who methodically acts out as the real PREDATOR against young children the elderly and the disabled peoples in California.
8. Former US Attorney General Antonio Gonzalez known in Texas as "the killing machine."
9. Antonio Scalia.
10. Silvio "the sliver of a man" Berlusconi who proved without a doubt that Italian prime ministers are thoroughly capable of "being subhuman."
11. "SNAKE EYES" pope benedict XVI as his Fascist Bavarian demeanor and negative intellect has taken the catholic church back centuries...
12. The Massacres in Iraj and especially Fallujah...
Wayne Dennis Kurtz.
Posted by videopal at 7:05 AM